The Telecommunication company has gathered at the Marriot Auditorium Hotel in Madrid 1,400 engineers in the celebration of Kick Off Technology 2017. The event, organized by Vodafone and the WF Agency, has Cubensis Project to perform a Magic Book which surprised the audience.

The content, chosen by Vodafone and the agency has been developed by the animation team of Cubensis Project. Projected through the technique of video mapping, throughout the talk three histories of classic and current authors were related. Jules Verne and his well-known “20,000 leagues of submarine voyage” opened the first act, followed by the world’s most famous magician Harry Potter-JK Rowling and finally, the pages of the Magic Book closed after recounting a Fragment of the eternal “Alice in Wonderland” by Lewis Carroll.

The magic book is one of the most surprising and customizable products in the Cubensis Project catalog. Every time a client has the Magic Book for some of their actions, we love to participate in the development of the content and contribute all our knowledge and efforts to be able to perform a work to the height of the story that is wanted. 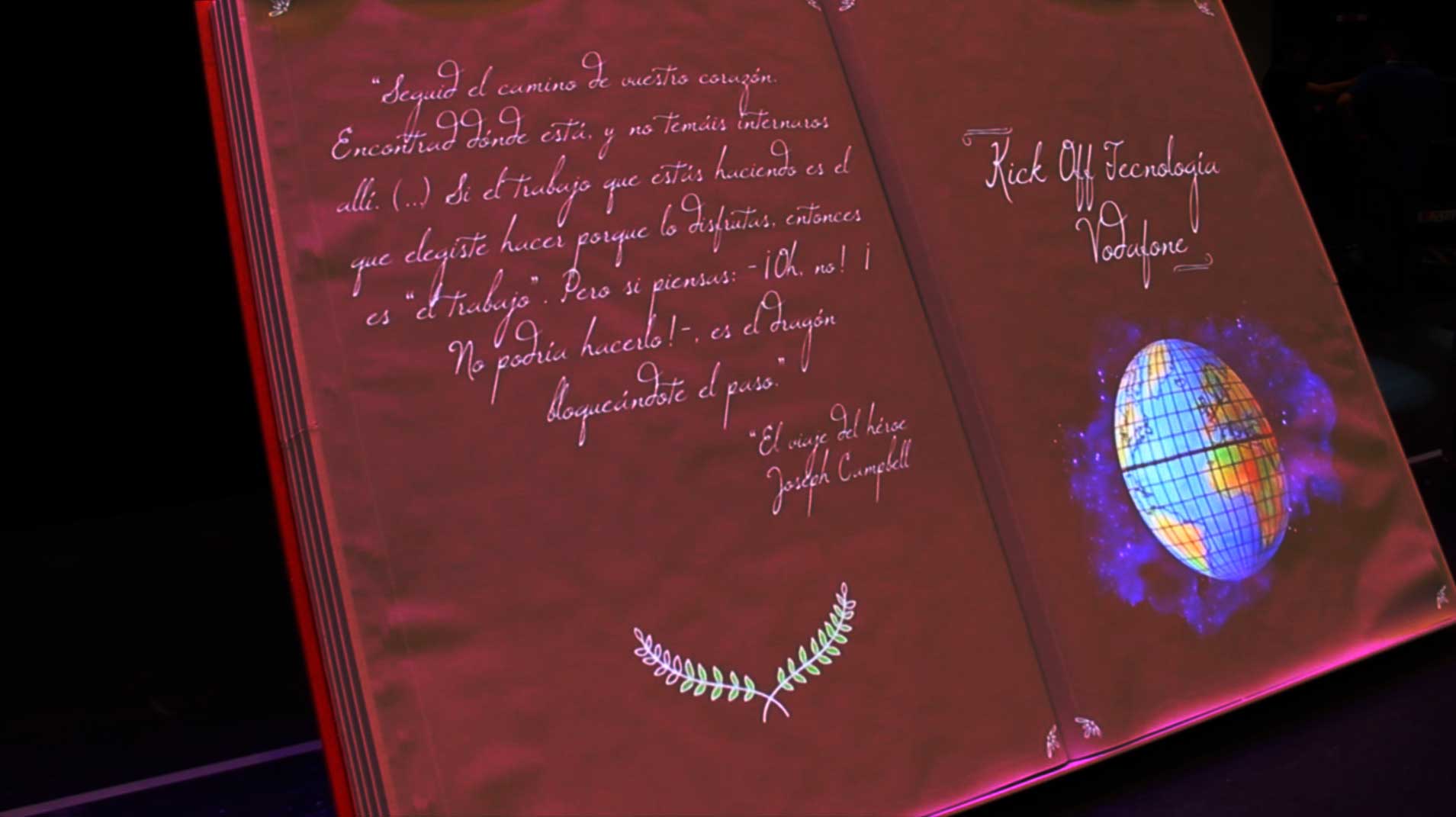